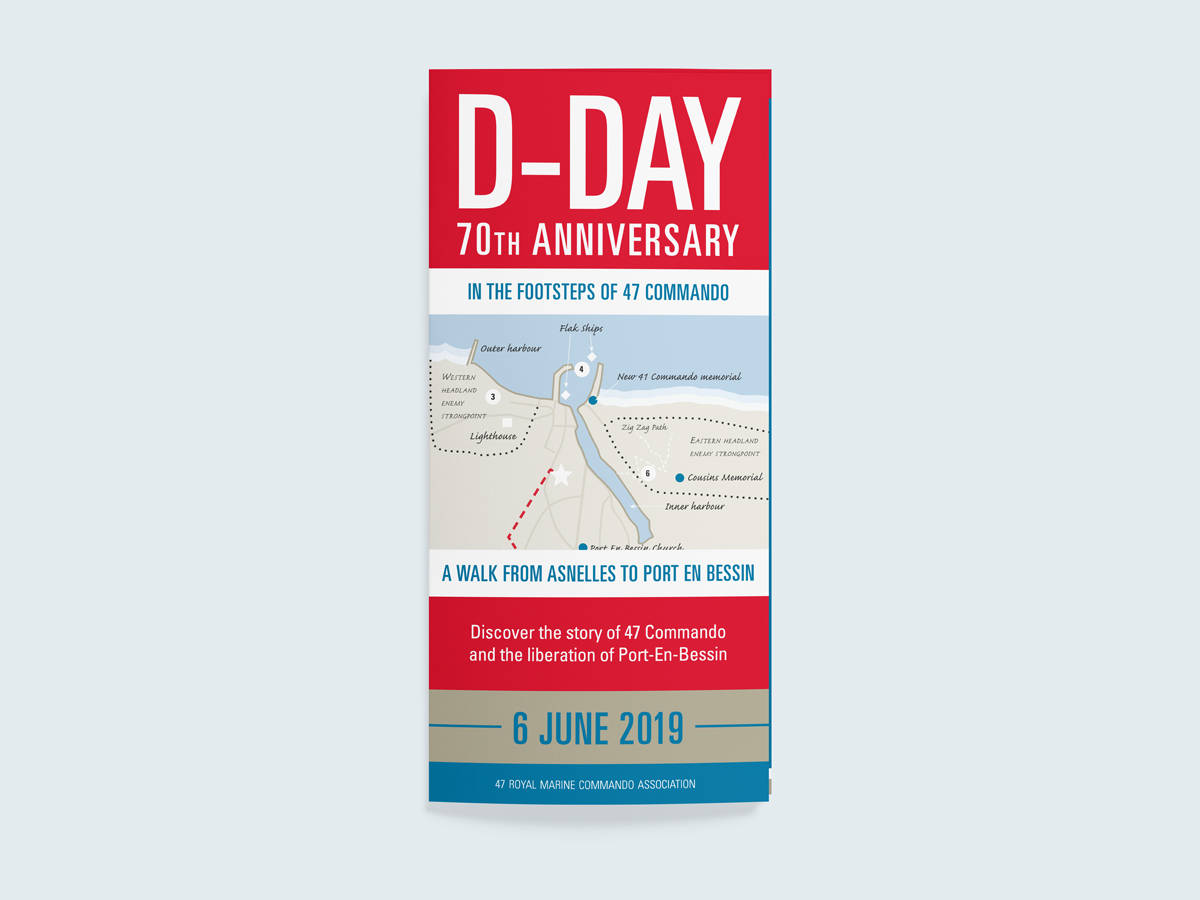 Pinpoint was commissioned to produce an educational walking map leaflet telling the story of the 47 Royal Marine Commando.

On the anniversary of D-Day, the maps on the leaflet help those who attend the anniversary walk retrace the commando route. It tells the story of their mission as well as the courageous actions of the French community who helped them. 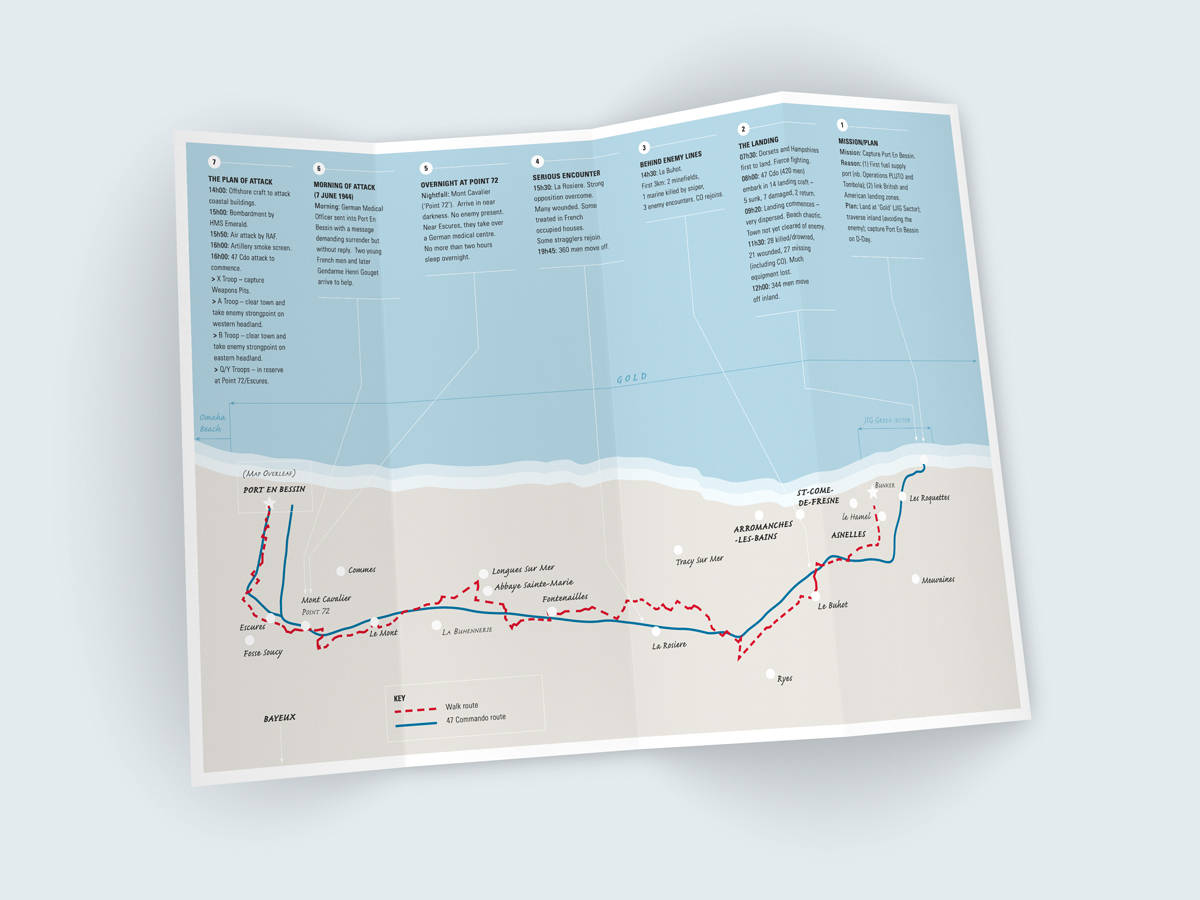 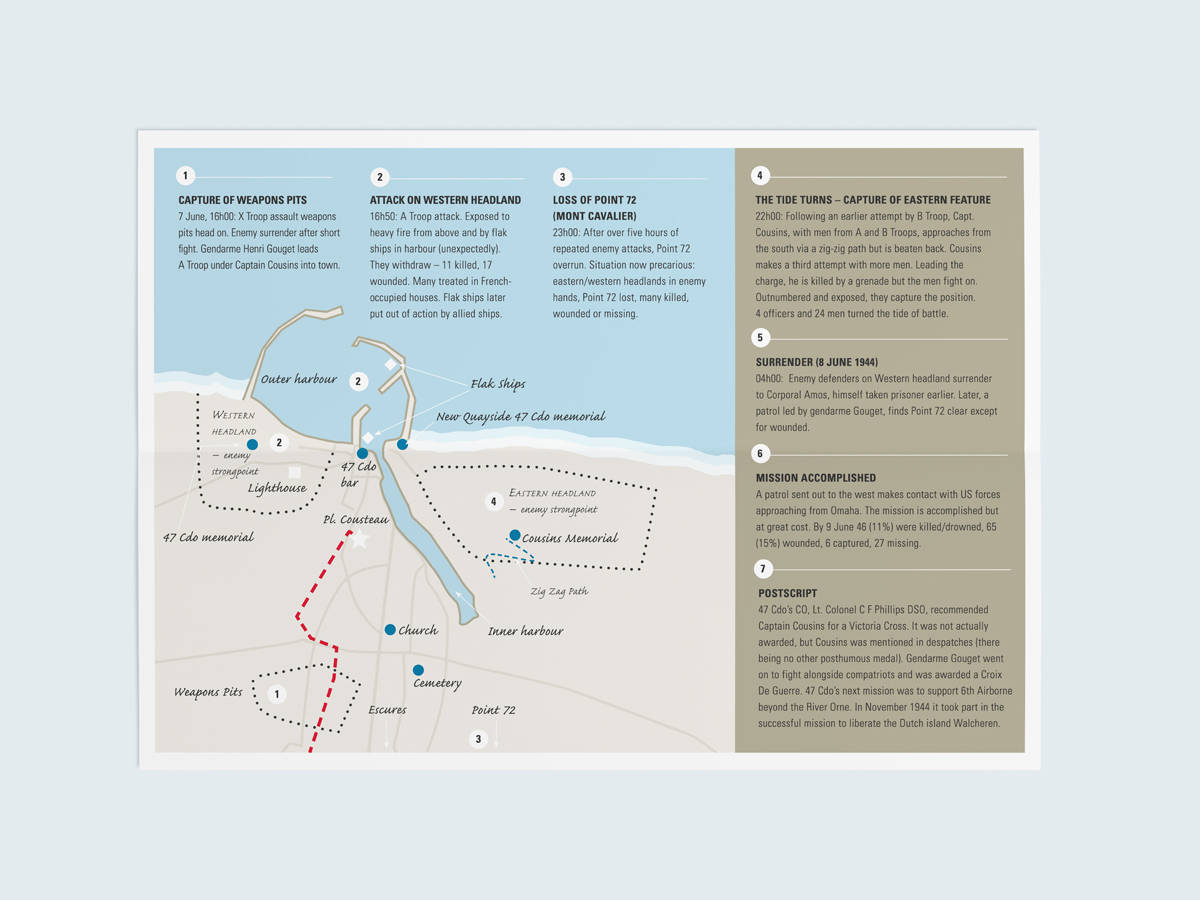